Klaytn Foundation has recently announced that it has formed a strategic partnership with OpenSea. Klaytn Foundation, which is a major metaverse blockchain ecosystem proving its dominance in the Asian market now wants to dominate the NFT sector in the same region.

The firms had used the platform known as NFT.NYC, to announce their partnership. The firms announced that the main goal of their partnership is for the fast adoption and growth of the NFTs in the Asian region.

The metaverse has proven to be a stepping stone for the expansion and mass adoption of Web3, challenging the World Wide Web (WWW), simply put, the internet.

Despite ruling the Asian metaverse market, their aim was also to build a blockchain that could cater to different communities and economies. The economies they had targeted were the creator economy, gamefi economy, and the metaverse economy.

Now, they have added the NFT economy in Asia to their goals, and partnering with OpenSea is the best decision they have made. This decision will be full of growth and mass adoption of NFTs in the Asian market.

The people in Asia will be able to interact with NFTs just the way people in the American and European regions have. The Asian market is filled with millions and millions of enthusiasts wanting to profit from crypto-blockchain technologies.

The region has the population, enthusiasm, technology, and understanding of the crypto-blockchain ecosystems that can outmatch any other region. They believe that they have targeted the Asian market at the right time.

Growth of the NFT Sector following the Partnership

Despite being one of the fastest-growing industries, NFT still has a long way to compete with other major spaces within the crypto-verse. Still, enough tokens have been launched into the NFT sector that needs mass adoption.

The major tokens within the NFT sector are MANA, FLOW, SAND, APE, THETA, and AXS among others. With the recent partnership between Klaytn and OpenSea, it is expected that all these assets may experience a surge in their prices. 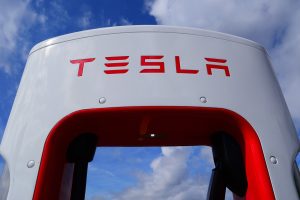 On Tuesday, the trading price of Gold edged lower. It is expected that the price of XAU may continue experiencing...

On Monday, most of the fiat currencies from the Asian region traded low. The trading values of the Asian currencies...

Beyond Meat shared its earnings for the second quarter on Thursday, which has caused its share prices to take a...

On Tuesday, stocks saw a slide, and bond yields fell over worries that relations between the United States and China...

On Monday, European shares fell because of a slump in energy stocks due to increasing worries of a slowdown in...

On Friday, the leading equity indexes in Britain enjoyed their best monthly performance of the year. This was because a...